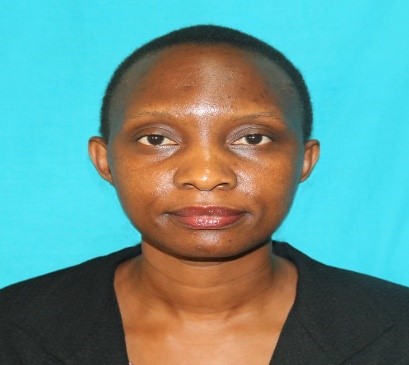 Dr. Chirande is a consultant Pediatric Hematologist and Oncologist at Muhimbili National Hospital (MNH) and Lecturer at Muhimbili University of Health and Allied Sciences (MUHAS), Dar-es-salaam, Tanzania. She supervises both postgraduate and undergraduate and provides clinical care to SCD and oncology patients at MNH. Her passion is to improve patient care through training and research. She is a member of International Society of Paediatric Oncology (SIOP). She did a fellowship training under the African Development Bank scholarship in Pediatric Hematology and Oncology at Makerere University, Uganda. During her fellowship, she realized the burden of SCD to health care services and individual families and its contribution to child mortality. In addition, she observed the difference made by early diagnosis and use of Hydroxyurea to the few families that could access such services which led her to desire for change and a lasting sense of responsibility towards SCD patients and their families. Her focus is on Newborn Screening (NBS) and early intervention including timely and consistent provision of Hydroxyurea to children with SCD. She is a Country Coordinator for the American Society of Hematology (ASH) Newborn Screening and Early Intervention Program aimed at proving the concept of screening and early intervention in Tanzanian settings and demonstrating reduction in morbidity and mortality. She is working with the team in Tanzania and other partners until proven cost-effective interventions such as newborn screening (NBS) and Hydroxyurea become a standard of care. Currently, she is a Newborn Screening (NBS) Coordinator and NBS implementation Study Lead for Sickle Pan-African Research Consortium (SPARCO) Tanzania. 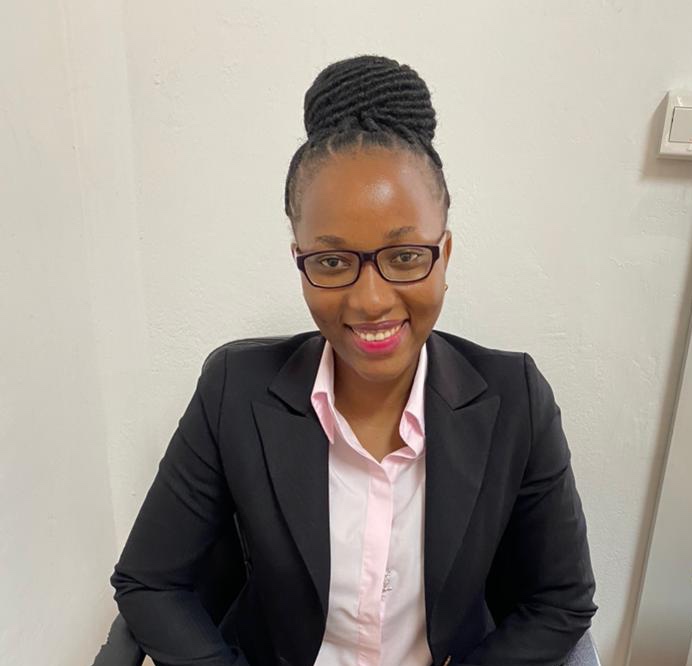 Ms. Ndunguru holds a bachelor degree in Public Relations from University of Dar es Salaam. She has more than five years’ experience in Administration, Human Resource and Finance both at Private and donor funded projects. Prior to joining Sickle Pan-African Research Consortium (SPARCO)-Tanzania, she has worked as Audit Associate at a medium size audit firm. Joyce has experience in financial planning, budgeting and monitoring. Joyce currently works with SPARCO- Tanzania as Project Administrative and Finance Officer.

Mr. Msangawale is a holder of Bachelor of engineering in information systems and network engineering from the St Joseph University in Tanzania College of Engineering and Technology. He works as Data officer at Sickle Cell Program which is under the department of Hematology of Muhimbili University of Health and Allied Science (MUHAS). As a Data Officer He provides assistance for on data verification, uploading in REDCap and provide training to data entry to different SPARCO site such as Bugando, MNH Mloganzila, Bagamoyo, Amana, Temeke and Mwananyamala Regional Hospitals. As part of SPARCO he is involved in a number of activities such as helping data coordinators developing proposed Collection Tool for SPARCO 2, responding to different data requests form in the data section. Add new or modify existing data elements in REDCap Database, Developing R script for extracting information from our Data set and Perform Visualization. As part of his data officer, he also provides assistance in areas such as statistical analysis by using R programming and Microsoft Excel, research design and manuscript development. He supports Tanzania SPARCO Research fellow in the project of Data Migration. He has strong skills in software such as R, SQL , SPSS, REDCap and Python. Also he has number of certificates such GCP Course for Clinical Trials Involving Investigational Drugs (international / ICH focus) from CITI and wcg IRB (The Do’s and Don’ts of Compensating Research Participants: Guidance for Clinical Research Stakeholders). 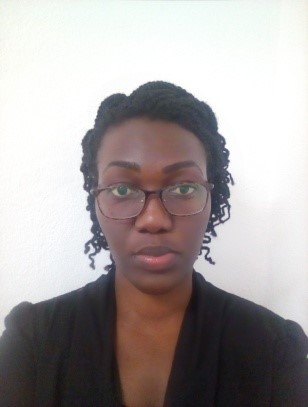 Dr. Ndobho holds a Degree of Medicine (2011) from Hubert Kairuki Memorial University and a Master of Medicine in Haematology and Blood Transfusion (2017) from the Muhimbili University of Health and Allied Sciences in Tanzania. She is a hematologist who worked at Sickle Cell Programme as a Clinical coordinator as well as Sicklegen Africa. Currently, she is working at Muhimbili National Hospital, Mloganzila, as clinician and head of Laboratory services at Mloganzila. She is a research fellow and clinician for Sickle Pan African Research Consortium (SPARCO) - Tanzania. 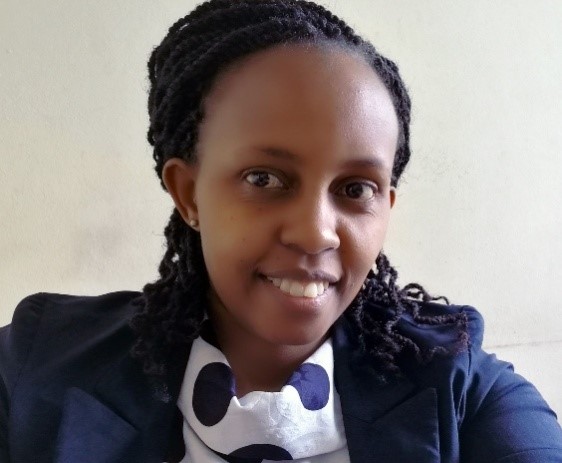 Ms. Urio has a background in Molecular Biology and Chemistry, having achieved her Bachelor's degree in Science at University of Namibia, Namibia in 2008. She completed her Master of Science at Linköping University, Sweden in 2012. This included a research project on “Epstein Barr Virus immortalization and characterization of Malaria specific B-cells from immune donors” in Prof. Mats Wahlgren's group at Karolinska Institute through which she developed her knowledge of malaria and technical skills in Parasitology and Immunology. She is an Assistant Lecturer at the Department of Biochemistry and finalizing her PhD studies in Molecular Hematology at Muhimbili University of Health and Allied Sciences. Her main goal is to be able to determine the genetic determinants and prognostic role of F cells in Sickle cell anemia and Malaria. Florence has also published 6 papers in the area of Sickle cell disease and Malaria in International Journals. She is currently an Fcell Study Lead for Sickle Pan-African Research Consortium (SPARCO)-Tanzania 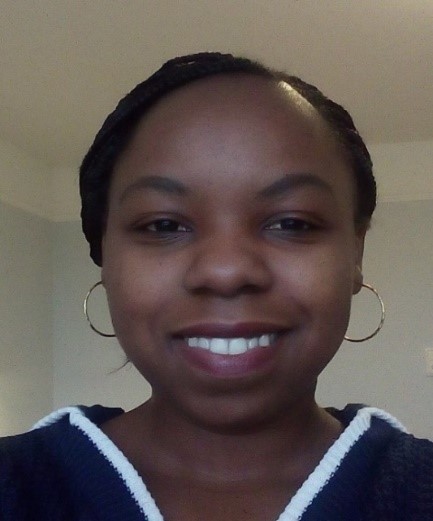 Dr. Mutagonda is a pharmacist and a lecturer for more than 7 years in the Department of Clinical Pharmacy and Pharmacology at Muhimbili University of Health and Allied Sciences (MUHAS), Tanzania. She holds a PhD in Clinical Pharmacology and a Master’s degree in Pharmacology and Therapeutics from MUHAS through the Swedish International Development Cooperation Agency funding. Mutagonda’s research interests include the determination of the effectiveness and safety of the drugs used in the prevention and treatment of infectious diseases particularly malaria and HIV. She has expertise on drug metabolism and plasma drug levels studies as well as clinical trial studies. She is a mentor and a research supervisor to postgraduate and undergraduate students and has co-authored several papers in peer-reviewed journals. She participated in investigating the pattern of utilization of malaria chemoprophylaxis in sickle cell disease (SCD) patients in Dar-es-salaam, Tanzania where we showed that majority of SCD patients do not use any antimalarial drug (Ndegeulaya EJ et al, Malar J., 2019). This work highlighted the need for a search for a suitable antimalarial that can be used by SCD patients for malaria chemoprophylaxis in Tanzania. She is currently working as Malaria Chemoprophylaxis Study Lead for Sickle Pan Africa Research Consortium (SPARCO)- Tanzania. 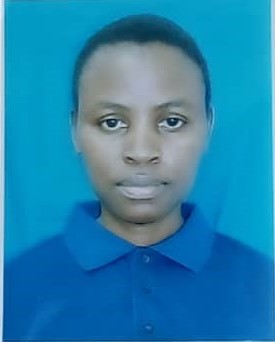 Ms. Julieth is a registered nurse and in charge of the Paediatric outpatient clinic at Bugando Medical Center, Mwanza. She has experience in providing care to maternal, pediatric, post-surgery patients as well as critically ill patients. Her career is to focus on both clinical and research studies. Currently, She is working as a Research Nurse for Sickle Pan Africa Research Consortium.

Dr. Ndalo is a clinician at Bagamoyo District Hospital and in charge of the SCD clinic. She is well experienced in research activities on both communicable and non-communicable diseases. Her focus is on care for patients with sickle cell disease. Currently, she is working as SPARCO Tanzania- Satellite contact personnel at Bagamoyo District Hospital. 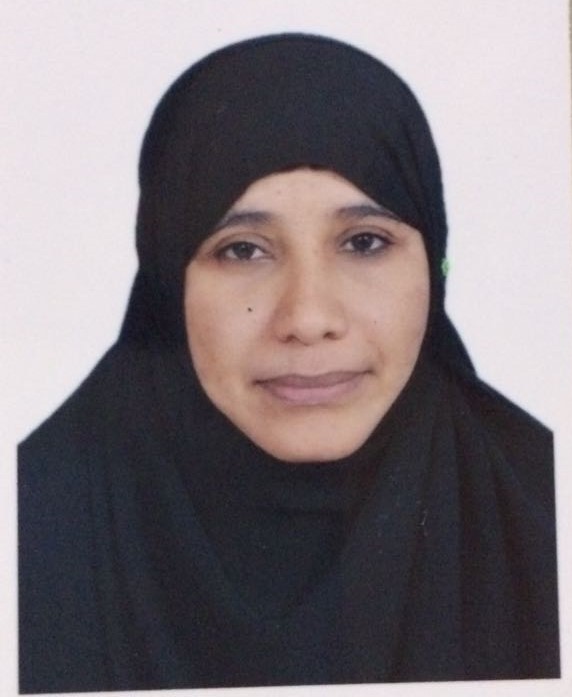 Dr. Fat-hiya is a pediatric hemato-oncology fellow at Muhimbili University of Health and Allied Science (MUHAS). She holds a bachelor's degree Doctor of Medicine from the University of Dar es Salaam, Tanzania, Muhimbili University College of Health Science and a Master of Medicine in Pediatrics and Child Health from International Medical and Technological University (IMTU), Dar es Salaam Tanzania. She is a Lecturer at The State University of Zanzibar, School of Health and Medical Sciences where she teaches and supervises medical students. She is also a Pediatrician at Mnazi Mmoja Referral Hospital, Zanzibar and in charge of Sickle Cell Clinic. She. She is acting head of the department of Pediatric. Her career focuses on the provision of standard care to patients as well as capacity building in research on various diseases in Paediatric, especially on hematological and oncology related. She is a Member of Tanzania National committee for verification of Measles elimination, Zanzibar committee for investigation of adverse events following immunization, Tanganyika Medical council, and a member of the Paediatric Association of Tanzania Zanzibar Medical Board. She is a Satellite Coordinator-Zanzibar for Sickle Pan-African Research Consortium (SPARCO)-Tanzania. 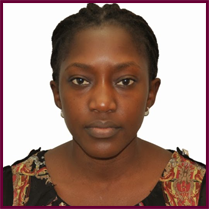 Dr. Ambrose is a pediatrician and child health specialist at Bugando Medical Centre teaching and consultant hospital. She serves as the paediatric haematologist for her hospital, which serves 40% of the country’s population. She devotes her clinical practice and research efforts to haematology, especially sickle cell disease. She has supplemented her clinical training with additional experience in haematology obtained from Boston Children’s Hospital as part of their global hematology/oncology (GLOBE) program and from Cincinnati Children’s Hospital Medical Center where she completed an observership and a haemoglobinopathy counseling course. Emmanuela documented the birth prevalence of sickle cell disease and described the haematological and clinical evolution of the disease in Tanzanian infants as part of her master’s thesis and was a co-investigator for the Tanzania Sickle Surveillance Study (TS3) which obtained contemporary sickle cell prevalence data from a geographically representative sample in all regions and districts of northwest Tanzania. In 2017 she was awarded an ASH Global Scholar award to perform a clinical trial entitled “Stroke Prevention with Hydroxyurea Enabled through Research and Education (SPHERE)” which opened enrollment in April 2019. Currently she is working with SPARCO- Tanzania as Satellite contact personnel in Mwanza and Hydroxyurea Study Lead.